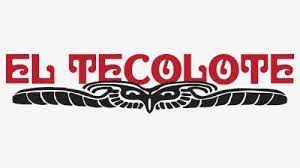 “For the first time, I felt what it was [like] to be on their bad side and be looked upon as a bad child,” said Monica Paz, remembering the moment she came out to her parents. “It was literally over my sexuality, not because I had done anything wrong.”

Paz was nine-years-old when she migrated with her parents from El Salvador. Raised in Los Angeles, Paz struggled with drug abuse and resorted to sex work at a very young age. And throughout this time, Paz knew something was “not right.”

“Up until age, probably 17, even though I knew that I wasn’t just a boy like I was assigned at birth, I knew that something was different, but I didn’t know trans women existed because I didn’t have any of that around me,” Paz said. “I was so secluded.”

Paz delayed her transition until her late 30s. The decision was a frightening one, because she feared losing what she felt were the last connections she had with her family. Transitioning, according to the Gay Lesbian Alliance Against Defamation (GLAAD), is the process a person undertakes to bring their gender expression and/or body into alignment with their gender identity.

“I felt if I started transitioning then that small opportunity or chance of me being able to reacquaint with my family would have been none,” said Paz. “That’s what kept me from starting my transition until later on in life, which I regret and I don’t normally regret things.”

Paz made the decision to transition and is thankful to have had the resources to do it safely, but this, unfortunately, has not always been the case.

Today, Paz works to help provide guidance and resources to folks in her community, resources and guidance she didn’t have growing up.

Paz is a Medical Case Manager for the San Francisco Community Health Center. The Center is a LGTBTQ+ and POC health organization that provides services and care to communities in San Francisco. The services they offer range from medical to dental to mental health to STD/HIV testing, treatment and prevention.

Being raised in households that do not actively have conversations that discuss gender identity, gender fluidity and expression, and all other topics that fall within the umbrella of queer, disconnects those from understanding different walks of life. Having these conversations helps fight the phobia against queer individuals.

For Julianna Trujillo —  a volunteer community ambassador for the SF Community Health Center  — her transition experience was also challenging and began with a sense of isolation.

Growing up in Veracruz, Mexico, where she was abused as a child and discriminated against, was hard.

“I didn’t want to live my life as a transgender prostitute … that was the only choice we had … workwise,” said Trujillo. “I came over here in 1998 with a dream to be somebody else, normal … Become a woman.”

Trujillo immigrated to the U.S. at a very early age and began going to a transgender clinic where they found a community of trans people for the first time.

“I had an image in my mind of what a perfect trans woman was,” Trujillo said. “I felt like I was too far from it to get there … Until now.”

Much of what is in mainstream media today surrounding the transgender experience often is about struggle and challenges. With the recent attacks against trans people in the form of Florida’s ‘Don’t Say Gay’ bill, Oklahoma’s signing of an anti-trans bathroom bill, Indiana enacting a law that bans trans girls from participating on girls teams, and Alabama denying trans youth from accessing gender-affirming healthcare, amplifying the diverse experiences of trans people is imperative.

“The people at this Community Health Center are the best, they helped me with everything,” said Trujillo. “My life has been improving a lot.”

In San Francisco, both Paz and Trujillo were able to find the opportunities and resources they had been seeking and the family they long needed.

Unfortunately, not everyone is this fortunate. Throughout the country, trans communities are facing evergrowing attacks in the form of limiting access to resources, support, and medical care being.

Four states — Alabama, Arkansas, Texas, and Arizona — have enacted laws prohibiting trans minors from accessing gender-affirming health care, which includes puberty blockers, hormone therapy, and surgical intervention. However these laws in Alabama, Arkansas and Texas have been temporarily blocked by court rulings. Should these laws prevail however, the penalties for allowing youth to access these services are harsh. These penalties include charging families and healthcare workers with child abuse, and healthcare providers could be at risk of losing their jobs or could face jail time.

“It’s taking back the hard work that has already been put in, for so many decades by so many others that have basically put their lives at risk and probably even ended up losing their lives because of it,” said Paz. “These laws are taking away the basic human rights that I feel every individual has, as a citizen of the United States or even just as a resident of the United States.”

The ongoing argument over abortion laws falls within the same argument of trans rights. Prohibiting trans individuals access to gender-affirming healthcare is just as harmful as denying people access to safe abortions.

“Take everything else away, we’re all humans,” said Paz.

For AJ Rio-Glick, a volunteer for the COLAGE organization living in Pittsburgh, Pennsylvania, transitioning was both a personal struggle and a challenge for their parents. Rio-Glick was raised by two queer women who did not really understand that their child was trans.

“They’re just from a different generation of women and cisgender lesbians,” said Rio-Glick. “Like my parents sort of phrase for butch lesbians was like, ‘we’re not a man, I’m not trying to look like a man. I’m a woman with my own sense of self’ and that was something they had to fight really hard for.”

COLAGE is an organization that was founded in the 90’s with the vision to provide youth with one or more lesbian, gay, bisexual, transgender, and/or queer (LBTQ+) parents to a community of peers to connect with. Their mission is to “envision a world in which all children grow up loved and cared for in families and communities that teach them about, connect them to, and honor their unique heritage.” Programs like COLAGE foster a generation of youth that is accepting, respectful, and understanding to all types of people.

“I think that when I said, ‘I’m not the lesbian child you thought I was, I’m actually a trans man.’ I think that brought up alot for them in their own history of queerness,” said Rio-Glick. “It brought up alot of fear, and I remember my parents being like, what are these hormones going to do to your body? Are you still going to be the same person?”

Rio-Glick’s parents, like most, had a lot of questions. With more education and proper resources, they were able to understand and accept Rio-Glick’s gender identity. Once Rio-Glick transitioned, the love and support of their family was stronger than ever, yet another set of problems arose.

“Transphobia happens or starts from this dehumanization of trans people,” said Rio-Glick. “The expectation that [trans individuals] are not a normal person, or a mentally sane person, that’s not a person that contributes to society, so we can just push them aside.”

Rio-Glick talked about how difficult it is for trans people just to be recognized and validated in society. With these anti-trans bills being enacted, it will make living — and surviving — in this heteronormative society all the more challenging.

“I think the biggest thing that anyone can do is exactly this, talking about it, writing about it, publishing about it and encouraging people to call and vote,” Rio-Glick said. “Just to continue doing that and know that with or without these laws, trans people have always been here … It’s not over.”

For inquiry of services provided by the San Francisco Community Health Center visit the website: https://sfcommunityhealth.org/

Read more news in English and Spanish from El Tecolote at eltecolote.org