Media Coverage: People experiencing homelessness are catching monkeypox. Why experts are worried and what cities are doing. 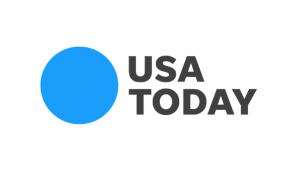 As reported monkeypox cases climb to more than 414 in the nation’s capital, McWeil, 59, knows the years he experienced homelessness make him vulnerable.

He recently found housing through the city, but his time living on the streets has taken a toll on his health: High blood pressure, Stage 4 kidney disease, atrial fibrillation, nine heart attacks, and a devastating bout of COVID-19 that nearly killed him.

He doesn’t know how much more he can take, and he doesn’t want to find out.

“It’s very scary and I hope I never catch it,” McWeil said of monkeypox. “COVID scared me so bad … I’m cautious about everything.”

He has every reason to be cautious, experts say.

Monkeypox is spread through close, often skin-to-skin contact, according to the Centers for Disease Control and Prevention. This may include direct contact with monkeypox rash or scabs, or touching fabrics – like clothing, bedding or towels – that have been used by someone with the virus.

Gay, bisexual and other men who have sex with men make up the majority of monkeypox cases, health officials say. While cases appear to be slowing down, cities across the country are seeing infections among people experiencing homelessness. Health experts say they may be at high risk of infection because of close contact and shared linens in congregate settings like shelters and day centers.

“That lack of control really puts you at higher risk,” said Carolyn Summer, a nurse practitioner at Unity Health Care, a network of community health centers that work with the houseless community in Washington, D.C. “You can be doing your best to follow the guidelines to keep yourself safe but … you’re relying on those around you to take the same level of precautions.”

Across the country, there is no uniform approach to help and protect this vulnerable and challenging population. Some cities, such as Washington and New York,  are mobilizing their resources to stifle transmission, but advocates in cities such as San Francisco and Los Angeles say officials have been slow to respond, forcing local organizations to step up. They hope it’s not too late.

“It’s just starting to take off,” said Clarissa Ospina-Norvell, interim medical director and nurse practitioner at the San Francisco Community Health Center, which does outreach in the homeless community. “Our challenge is to get these vaccines out to people so that it doesn’t run amok in this community.”

What puts the homeless at risk

Many people experiencing unstable housing have underlying health conditions that put them at an increased risk of developing severe disease from monkeypox, experts say.

They also have difficulty getting to medical appointments, don’t have a place to recover from an illness, and don’t have a safe place to store medications or other treatments.

“People who are experiencing homelessness have a higher level of medical vulnerability than the housed population,” Summer said. “They are under a significantly higher level of stress on a day-to-day basis than they would be if they’re housed.”

Young people experiencing homelessness are particularly at risk for monkeypox infection, experts say, as many unhoused youths identify as LGBTQ.

A recent study from the University of Chicago found LGBTQ young people are 120% more likely than their non-LGBTQ peers to experience homelessness. And an estimated 40% of unhoused youths identify as LGBTQ, according to the True Colors Fund, a nonprofit working to end homelessness in the community.

In addition to congregate living situations and limited access to health care and sanitation, unhoused youths may be at greater risk for monkeypox because they’re more likely to engage in sex work, experts say.

“Sex and sex work and compromising one’s self is very real in our community,” said Alexander Roque, president and executive director of the Ali Forney Center, a community center helping LGBTQ homeless youth in New York City. “You have to make decisions to survive and sometimes you have to expose yourself to risks or are exposed to risks.”

Many cities have expanded monkeypox vaccine eligibility to include sex workers regardless of gender identity or sexual orientation, and have begun arming organizations with resources to reach homeless youth who may be at risk.

In San Francisco, it’s just the ‘tip of the iceberg’

Community leaders in San Francisco say not enough is being done to protect the vulnerable homeless population. In the city’s Tenderloin district, Ospina-Norvell and her staff have struggled to get ahead of the outbreak.

The neighborhood is reeling from dual disasters – the opioid epidemic and the housing crisis – and people experiencing homelessness and addiction are concentrated in the area. Mayor London Breed imposed a state of emergency late last year, but tents still line the district’s streets.

Ospina-Norvell and her street medicine team go on foot to talk to Tenderloin residents about monkeypox. They print one-sheet flyers crammed with as much information as possible and pass them out to whoever is outside. They also set up vaccine stations and walk street-by-street to see who might be interested in getting vaccinated. Many are reluctant to leave their tent, worried their belongings may be stolen. In those cases, Ospina-Norvell brings the shot to them.

“The assumption was, ‘They’re not coming because they don’t’ want it,’ and that’s not the correct assumption,” she said.

Although the city supplies vaccines to her health center, they haven’t received additional financial support for the effort it takes to get shots into arms.

The San Francisco Department of Public Health did not respond to multiple requests from USA TODAY for comment.

Major health centers in the city host mass vaccination events, but Ospina-Norvell said it’s nearly impossible for someone living in the Tenderloin to get vaccinated at one of those sites.

One of the biggest, held at Zuckerberg San Francisco General Hospital and Trauma Center, is about 3 miles from the district. Lines begin forming at 6 a.m., and sometimes people wait all day just to find vaccine doses have run out. And many living in the Tenderloin don’t trust big hospital systems hosting such events, Ospina-Norvell said.

“There’s an aversion to coming into hospital and clinics for a lot of people,” she said. “People who are experiencing homelessness aren’t treated very well, so there’s a lot of trauma with systems.”

There’s little that can be done for homeless patients if they contract monkeypox.

The CDC says people infected with monkeypox should remain in isolation until the rash has fully resolved, the lesion scabs have fallen off, and a fresh layer of skin is formed. The healing process can take up to four weeks, but Ospina-Norvell said San Francisco has yet to designate a site for people experiencing unstable housing to safely isolate.

“We are at the tip of the iceberg,” she said. “Not being able to isolate people or house them is going to be a problem.”

People ‘falling through the cracks’ in Los Angeles

In mid-August, the city had reported 29 confirmed monkeypox cases in unhoused people and four cases under investigation, according to John M. Connolly, chief strategist at the Los Angeles County Department of Public Health.

The city has set aside 1,000 doses of vaccine for the population and has expanded eligibility requirements, but acknowledged more resources may be needed to manage the outbreak.

“We don’t have unlimited supply,” Connolly said. “We want to make sure that we’re providing vaccine to those for whom the epidemiology indicate are at highest risk.”