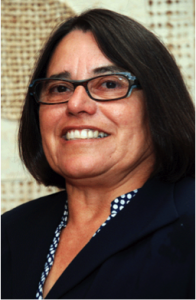 San Francisco, CA – On Wednesday August 22, 2018, San Francisco’s Director of Public Health Barbra Garcia resigned from her position leaving a large vacancy in her wake. In Ms. Garcia’s nearly 20-year tenure in the department she served as the deputy director and director of community substance abuse services.

Her resignation comes right after the successful creation of San Francisco’s first safe injection sites for intravenous drug users. Additionally, she supported to increase the funding for the distribution of Narcan, an emergency medication to reverse fatal opioid overdoses. During her time as SF Director of Public Health, Ms. Garcia  also worked with community advocates to build and implement the city’s “Getting to Zero” plan, which focuses on ending the epidemic of HIV in San Francisco.

“Barbara has been a tremendous champion for health care services for low-income, people of color, and LGBTQ communities. She helped us when we launched our free medical clinic in 2011, and then she played an instrumental role in supporting us to achieve our FQHC (Federally Qualified Health Center) award in 2015.,” says Lance Toma, Chief Executive Officer of San Francisco Community Health Center.

When San Francisco Community Health Center became a an independent FQHC in 2015, it was the first organization in over 30 years in the city to be awarded this status, an essential designation that allows the organization to provide primary care and preventative care with critical funding from the Health Resources and Services Administration (HRSA).

Ms. Garcia’s leadership at the SF Department of Public Health will be missed. San Francisco Community Health Center thanks Ms. Garcia for her leadership, her vision, and her deep commitment to San Francisco’s vulnerable and marginalized communities.

San Francisco Community Health is an LGBTQ and people of color community health center that transforms lives by advancing health, wellness, and equality. It believes everyone deserves to be healthy and needs access to the highest quality health care. At SFCHC health care is grounded in social justice. With two locations, SFCHC is an anchor institution in San Francisco’s Tenderloin neighborhood and a comprehensive health home for the LGBTQ community in the Castro. SFCHC operates a fully licensed, federally qualified health center; runs one of the largest transgender community drop-in centers in the country; and is the premier HIV treatment and care provider for people living with HIV in the Tenderloin. For more information please visit www.SFCommunityHealth.org